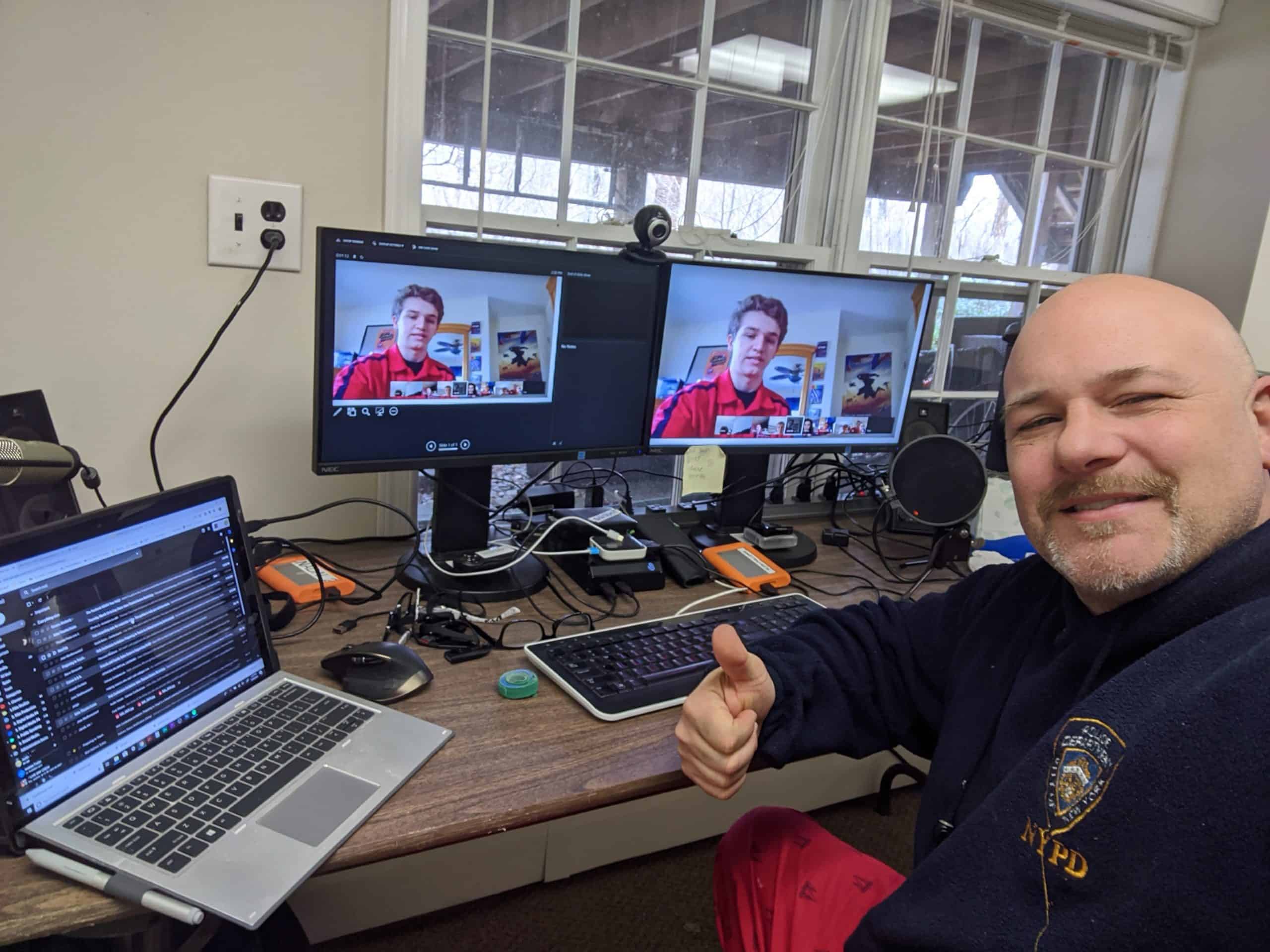 As broadcasting and film teachers we often rely on equipment like cameras, tripods and control rooms to manage our departments and support our curriculum. In the face of our current situation this obviously has become a bit of a challenge. Thankfully there are cellphone cameras and some free online services students can use to edit that makes any sense of normalcy in our curriculum possible.

I am fortunate enough to be in a school where tech resources are plentiful and are attended to immediately. We have a top-flight staff who, even though stretched to their limits, always find time for anyone who needs them. These are without question the unsung heroes of distance learning.

For several of us in the North and Central Jersey areas there is a growing community of TV and film teachers who gather twice a year and talk frequently. This group was formed from the ashes of MSG varsity and has been generously developed by Deborah Burleigh of Roxbury High School and Jeff Coviello of Madison High School.

I attended a full-day session last fall and it was an exciting experience to connect with other teachers doing the same things in nearby towns.  We have shared contacts, resources and during this crisis we have all shared our plans for what to do during the closures. Each teacher has different resources and therefore different plans but it’s been amazing to see and grab ideas from others who have been very innovative in their approach.

As for our program at Northern Highlands Regional, as a department of one, my take on the situation was to do whatever I could to keep my kids moving forward and keep a sense of normalcy not only with class but with the school community as a whole.

The administration at Northern Highlands took the first step and decided to keep routines as much as they could.  They started by instituting a normal class rotation each day where students have a five-minute break between classes and a full lunch period.

With that in mind, I wondered if we could keep the morning show running. I then collaborated with some of my students on how we could make this happen. The level of calm and support we have received has been unlike any other I have experienced in my six years of teaching.

We decided to combine my two TV classes who, under normal circumstances independently create three or four morning show episodes per week. Using the two teams, we would make one show per week.

The teams would include a field production team where students use their phones and laptops to design stories as best they could, and a studio team who writes stories, composes scripts, finds stories and delivers them on the air.

After one week, the formula worked well. We just had to address some audio issues and students meeting up on time.

We use Google Meet as a video capture source and a student in our internship program will edit the footage, add graphics, music and our special Quarantine Edition show intro made for this program.

We tape on Thursdays, make a few edits in post and then air the show during the lunch period on Fridays live via YouTube and OBS studio.

After our first show, we got the highest amount of views ever on YouTube and an article was written about our efforts on NJ.com.  It squashed the idea that no one was going to watch it.

The bottom line going in was that viewers are secondary to completing the work and continuing to produce what now has become more real world and consequential.  It was suggested to me recently by staff that a great deal of students get their news from the outside world by watching our show. Never has this been more important and my students were not only surprised but energized by the response and how their work matters.

It is this real-world application to school work that only comes at this level once in a while and especially for rebuilding programs such as ours.

The show gained the attention of Visions Federal Credit Union and we were given the Heart of a Hero award. A $500 prize was donated to two families in need from Northern Highlands.

As I have been saying throughout this crisis, core teachers have the hardest jobs by far. The hustle, innovation and lesson work they have had to adjust to is herculean. I can’t imagine the stress it has put them under in such a short time and yet what an amazing job they are doing.

What I’m doing pales in comparison to that of an English, Science, Math or History teacher. I have six children of my own and while working from home can be nuts, it’s still not on par with their workload. My wife has a cousin in California who recently reached out to me for advice because she is overwhelmed and she has not gotten the support she needs from her fellow teachers or administration.

I feel very fortunate to be working with such an amazing and supportive “family” at Northern Highlands and New Jersey. 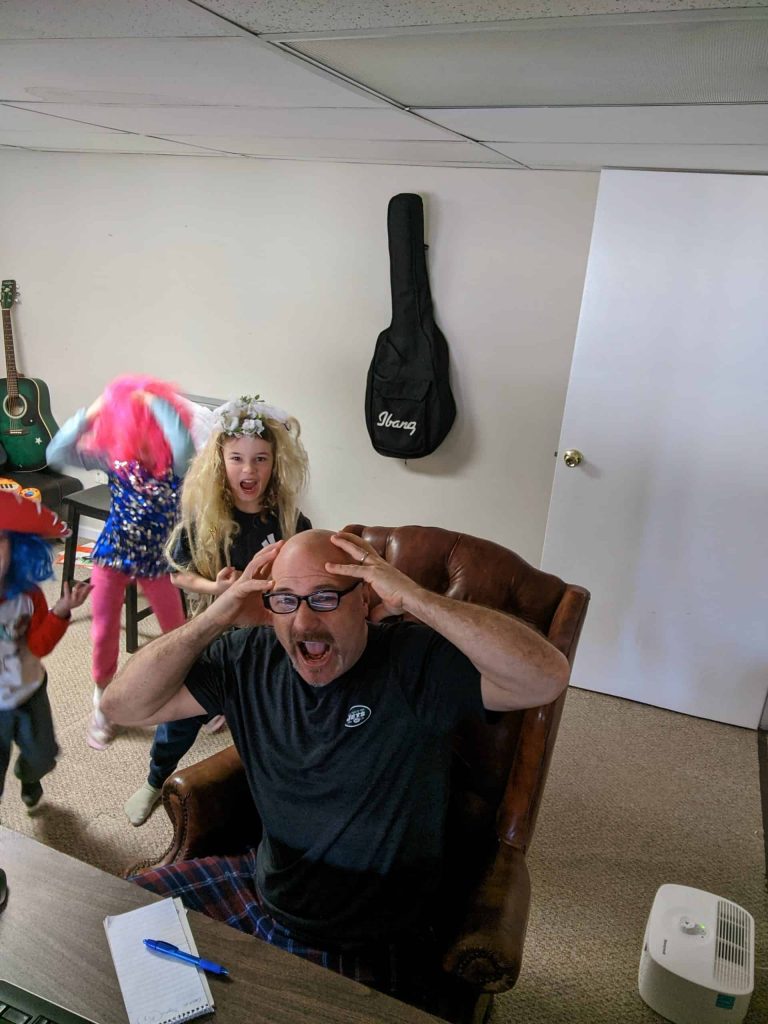 Unions pool resources to support those in need

Hillsborough custodian Jim Cox on how schools are adapting

March 20, 2020
Thank you! Your message has been sent.
We apologize, but there was an error submitting your message. Please try again shortly.